L.C.  To understand the process of the Eucharist.

On Tuesday, we discussed the importance of gathering and some of the reasons that we gather together.

The Eucharist has many different names, one of these is The Holy Communion. It is a sacrament that means it is based on the life of Jesus. The part of Jesus' life it focuses on is the Last Supper (you watched a video on the last supper on Tuesday).

At the Last Supper, Jesus broke bread and drank wine with his disciples.

In the Bible it says:

When the hour came, Jesus and his apostles reclined at the table. And he said to them, “I have eagerly desired to eat this Passover with you before I suffer. For I tell you, I will not eat it again until it finds fulfilment in the kingdom of God.” After taking the cup, he gave thanks and said, “Take this and divide it among you. For I tell you I will not drink again from the fruit of the vine until the kingdom of God comes.” And he took bread, gave thanks and broke it, and gave it to them, saying, “This is my body given for you; do this in remembrance of me.” In the same way, after the supper he took the cup, saying, “This cup is the new covenant in my blood, which is poured out for you.

The ceremony of the Eucharist closely mirrors the Last supper as shown in the Bible verse shown above. The person leading the ceremony will speak similar words to that of Jesus. Following this, all people participating then eat a piece of bread and drink from a cup of wine (not all churches use wine).

Different Christians have different beliefs about the Eucharist:

Watch the video below.

Communion - Kids on the Move 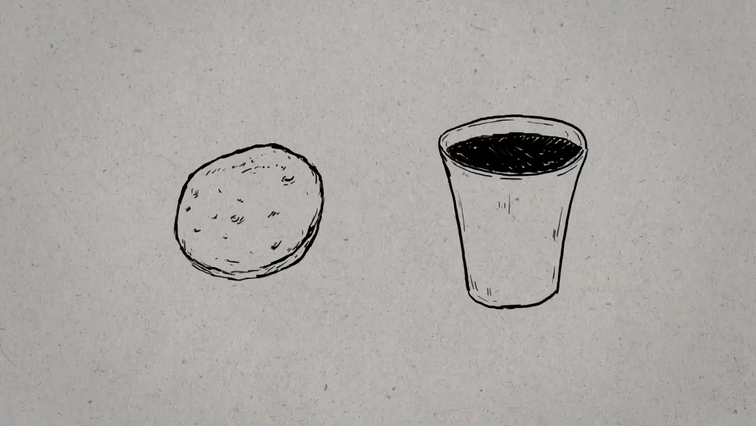 Go onto Seesaw and answer the 6 questions based on the information you have just read/listened to. The activity is called 'R.E. The Eucharist Thursday 25th February'. You will need to create text boxes to type your answers.