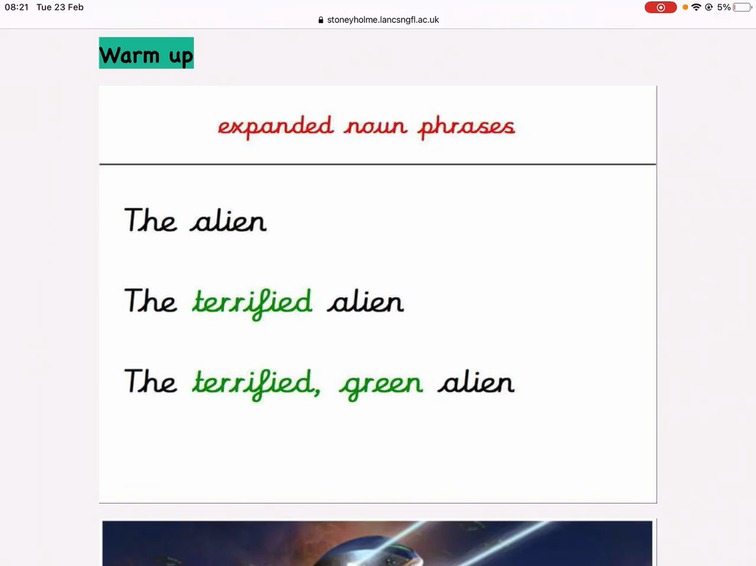 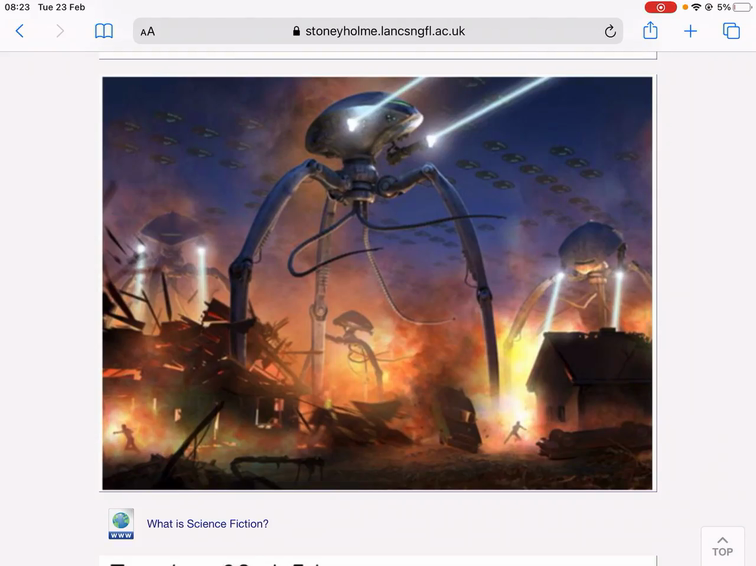 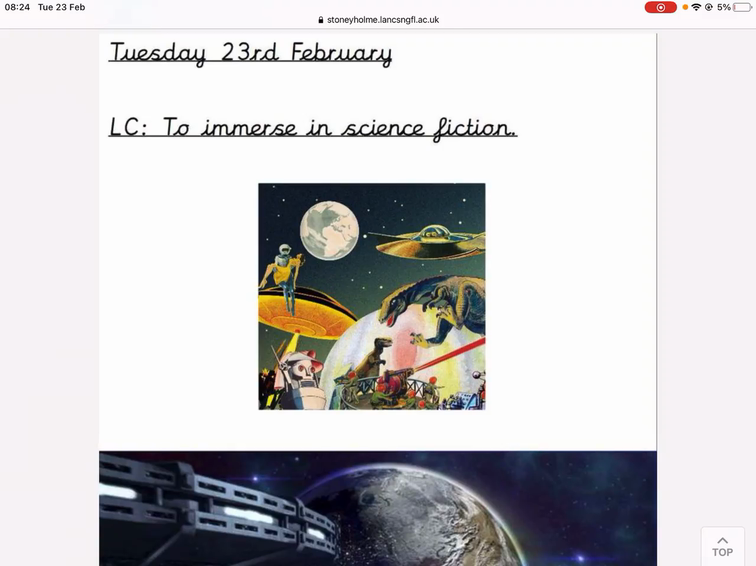 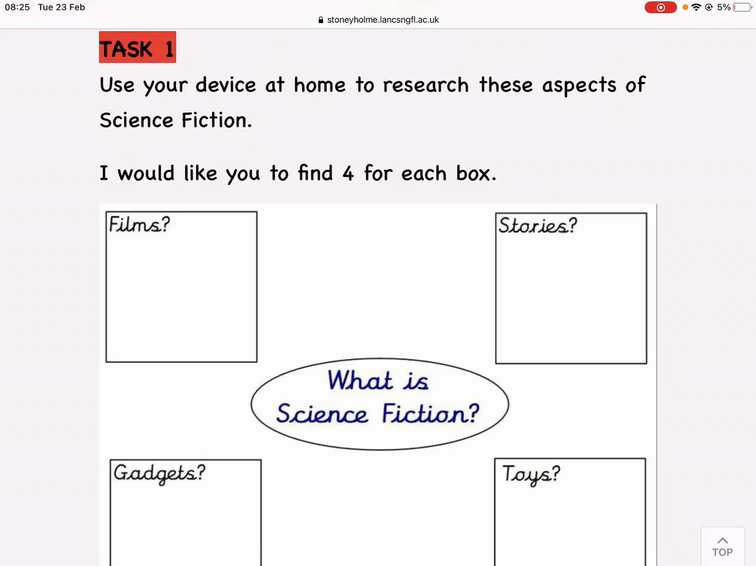 Use your device at home to research these aspects of Science Fiction.

I would like you to find 4 for each box.

The Morning an Alien Came to Visit!

One morning, Luke woke up to find a strange green animal sat on the end of the bed. Luke gazed at him, and it gazed right back! Rubbing his eyes, Luke asked him what his name was. “Nurf!” it replied ‘…and I’m a girl, not a boy!’ Luke felt bad that he had thought that she was a boy, but how was he supposed to know? She jumped down from his bed and began to scramble through his wardrobe, throwing all of Luke’s possessions all over the floor! “Are you looking for something?” Luke asked but lime, green Nurf did not reply.

After some time, Nurf opened the door to his bedroom with a slow creek and bobbed her head outside. What would Luke’s parents think if they saw this strange creature darting around the house? Before Luke could do anything to stop her, she was gone and making her way down to the bathroom. When Luke arrived at the open door, toothpaste was flying through the air and Nurf was tangled in a big knot of toilet paper!

Suddenly, a door closed from across the landing – it was one of Luke’s parents! Someone was making their way to the bathroom! As quick as a flash, he grabbed toilet paper, covered Nurf and dashed out of the door and down the stairs. From the bathroom, Luke heard the cry of his Mother who had just discovered the mess on the now toothpaste covered toilet.

Before Luke had time to breathe, Nurf was rooting through another cupboard in the kitchen. Spoons and knives jingled down to the floor. Grabbing the small green blob, Luke tried to pull her out of the draw but the alien clung on tight. With a quick kick of her third foot, Luke stumbled backwards and skidded across the kitchen floor. “Ahhhh ha!” Nurf exclaimed, “I’ve found it!” In the alien’s slobbery hand, was a tin opener! “My tin opener broke when I was trying to open my can of soup! I just need to borrow yours.” Smiled Nurf. At that moment, Nurf opened up, a tiny object. It looked like a mini mobile phone! With two beeps of the device, there was a sudden whir of lazars and she was gone!

A small note drifted through the air and landed in front of Luke. It read: Back soon! “As if an Alien had come to my house to borrow a tin opener!” replied Luke. Just then the kitchen door swung open… it was Luke’s Mum and she was not happy!