L.C. To draw inferences around a character's motives.

Today, we are going to be looking at characters' motives.

What is meant by motive?

In pairs, write down your own definition for motive. 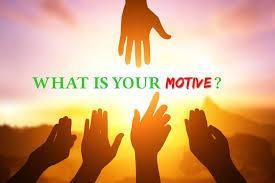 Now, go onto Word Hippo and see how close you were to the correct definition.

Questions that relate to motive:

Why does a character act/behave in a certain way?

Why does a character says certain things?

Why does a character says things in a certain way?

Why does a character do things in a certain way?

Let's read the following text and see if we can work out what the character's motive is.

If I sneeze, I’m dead! she thought in panic, pinching her nose as she forced down her over-boiled egg. Perhaps they won’t notice, she consoled herself. But this seemed unlikely, especially because she had to keep diving under the table to wipe her nose.

Why is the character in the text diving under the table to wipe her nose?

She is diving under the table because she is afraid of being told off. I know this because it says 'If I sneeze, I'm dead!".

On Seesaw, read the paragraphs carefully. Once you have read the text, answer the question based on characters' motives.