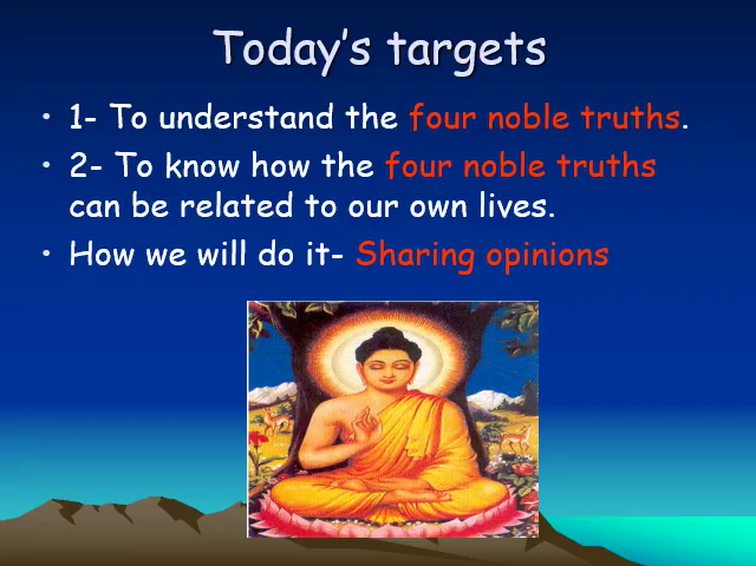 Choose 1 of the scenarios below and discuss

The Dharma, the teaching of the Buddha is based on the Four Noble Truths and this is symbolised by the wheel. Originally, the Sangha was the monastic community and this was later to include all those following the Buddhist path.

The first jewel is the Buddha. To take refuge in the Buddha is not to hide in the safety of a powerful being. Refuge in this situation is more like moving to a new perspective, to a new awareness of the possibility within us all. By taking refuge in the Buddha, we align ourselves with the ability to become a Buddha ourselves, to seek the capacity to be awakened to what the Buddha

experienced. This precious jewel reminds us to find our own Buddha nature.

The Dharma is the path which follows the teaching of the Buddha, and which will ultimately lead to awakening. The Dharma teaches us compassion for ourselves and others through an understanding of The Four Noble Truths and leads to a release from fear and ignorance. The path involves embracing the teaching of the Buddha and applying that understanding to everyday life. The Dharma is called the second jewel.

The Sangha comprises those who come together in any size group to study, discuss, practice meditation with a desire to help and be helped by that group. The Buddha saw that the interaction with others who are on the path as being essential for practice. He saw this as being important for  monks as well as those of the general community. The Sangha is the third precious jewel.

Using the imformation above create a poster about the 3 Jewels.

How did the 3 Jewels use the Four Noble Truths  to live their lives? 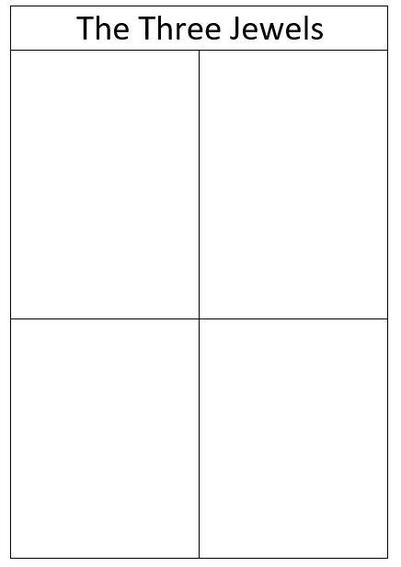